Dogs are commonly referred to as “man’s best friend.” But for the 9% of the population that suffers with cynophobia—the fear of dogs—an encounter with a dog can trigger disabling physical and emotional distress. For people suffering with cynophobia, avoiding interaction with a playful but dangerous dog can lead to injury just as easily as being bitten by an aggressive or vicious dog. When this occurs, cynophobia can form the basis of a personal injury claim. 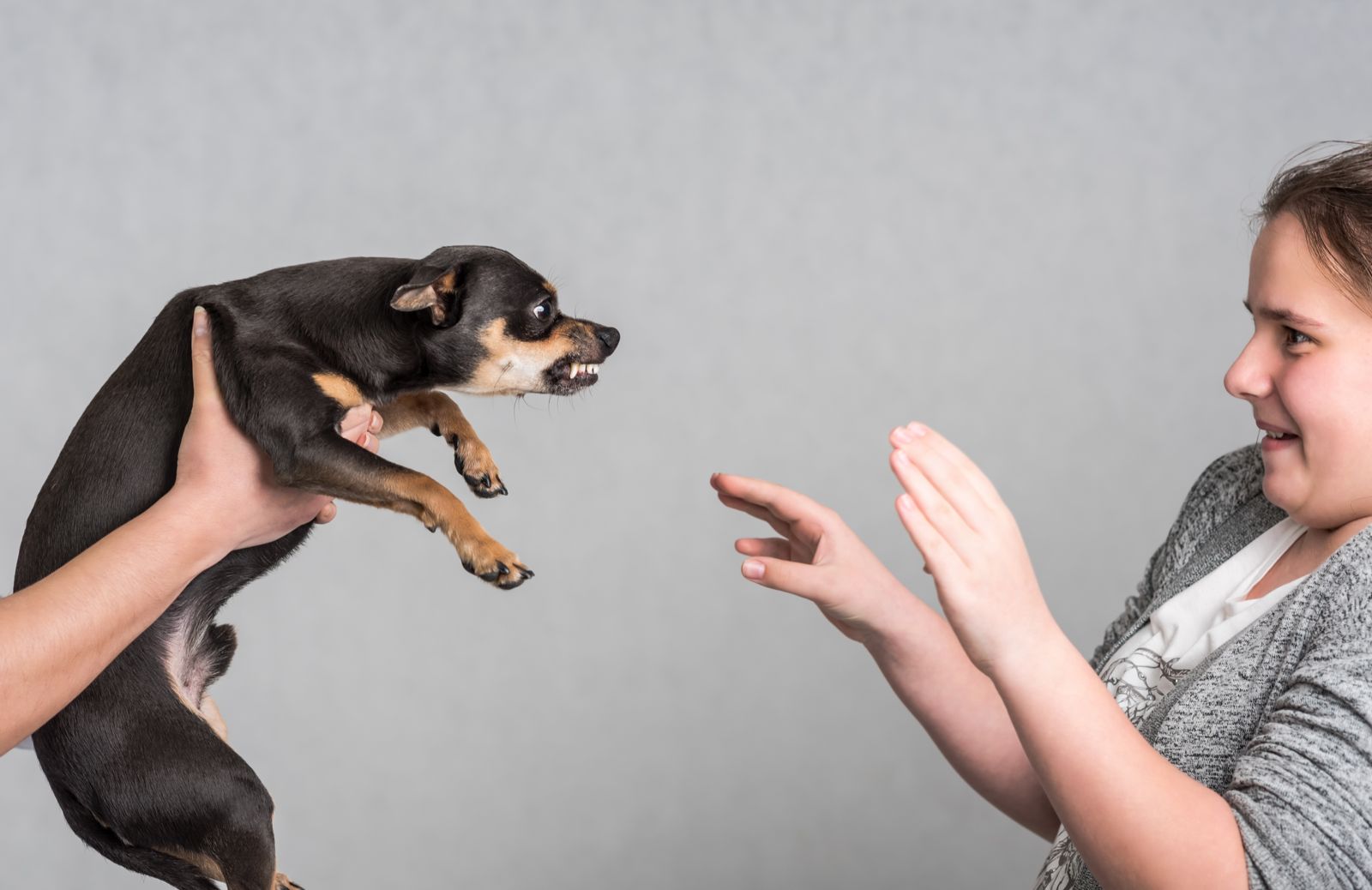 Cynophobia is much more than feeling uncomfortable around strange dogs, which is normal; you should never approach a strange dog, especially if it is not accompanied by an owner and on a leash. Rather, cynophobia is an intense and often irrational response to dogs that can cause:

If you or your child experience any of these symptoms when you are around dogs, you should consult with your physician to determine if you suffer from cynophobia. Your doctor may be able to diagnose your condition by evaluating your responses on a simple questionnaire.

Cynophobia often develops in childhood but can continue into adulthood.

Experts are not exactly sure what causes someone to develop cynophobia. However, there are several possible causes:

Fortunately, like many other phobias, cynophobia is treatable. There are a variety of treatment options available, including:

What Can I Do If I Am Attacked By A Dog?

Most people know that if you or your child are injured as a result of being bitten by someone else’s dog, you have a right to sue the dog’s owner for your injuries if the owner knew of the dog’s propensity to bite and failed to take adequate precautions to prevent the dog from biting. This is commonly referred to as a “dog bite” case.

But did you know that you also have a right to sue a dog owner for damages if you are injured as a result of an encounter with a dog, even if the dog did not bite you?  Under Kansas law, this is referred to as a “dog fright” case. People who suffer with cynophobia may be particularly vulnerable to “dog fright” injuries.

What is a Dog "Fright" Case?

Under Kansas law, you have a right to recover damages for any injuries you suffer as a result of simply being frightened and injured by a dangerous dog. In Kansas, even if the dog does not bite you, you may have a right to raise a personal injury claim against the dog’s owner if you are injured while trying to escape from a dog if the owner knew that the dog was dangerous and likely to cause injury under the circumstances.

Someone who is fearful of a dog is likely to run from a dog that is attacking or even just approaching. And when someone runs from a dog, the dog is likely to chase after the person or jump on the person running. Even though the dog may be chasing and jumping in a playful, non-vicious manner, this behavior can still be dangerous for the victim. Depending on the circumstances and the size of the dog, the dog may bump into a small child or even knock over an adult, either of which could result in injury. If the owner of the dog knew that the dog had a propensity to chase or jump on people in a dangerous manner and did nothing to prevent this behavior by securing the dog or keeping it on a leash, the owner may be responsible for any injuries that result.

Kansas courts have held that, in a dog fright case, “the real question involves the dangerous propensities of the dog and the foreseeability of his dangerous propensities, not whether the dog was vicious.” So, you do not have to prove that the dog had a history of biting or even that the dog had vicious tendencies. The dog does not even have to bite.  You only have to prove that it was reasonably foreseeable to the dog’s owner that the dog would act in a way that was dangerous to others under the circumstances.

A dog owner has a duty to know their dog’s general propensities and guard against them if they are likely to cause injury. A dog owner’s duty may include keeping the dog on a leash or training the dog to stop or come on command. A dog owner’s failure to exercise reasonable care to prevent foreseeable danger may be negligent and cause the owner to be responsible for any injuries suffered by others as a result of the dog’s playful but dangerous behavior.

You Can Be Compensated for Injuries Resulting from Dog Fright, Even Without a Dog Bite

Generally, dogs tend to be friendly, gentle, and playful. But depending on a dog’s size, strength, and exuberance, a dog may be dangerous even though it is not vicious. When a dog acts in a way that may be dangerous under the circumstances and injures someone, the dog’s owner may be held financially responsible for the victim’s injuries if the owner knew of the dog’s general characteristics and tendencies and could reasonably foresee that the dog could act in a dangerous manner, given the opportunity.

If you or your child have been injured as a result of any interaction with a dog, even if the dog did not bite or act viciously, you may be entitled to compensation for your injuries. You should consult with the experienced “dog fright” attorneys at Foster Wallace, LLC. We will review your case and determine what rights you have to be compensated for your injuries.  Call today at 816-249-2101 for a free consultation.