Slip and fall accident lawsuits, also known as premises liability lawsuits, enable a person injured because of a fall at a place of business to sue the owner or property manager of that business and recover damages for their financial losses and pain and suffering. At some point in your life, you have probably read a news story about someone who received millions of dollars in damages at the conclusion of the trial for a slip and fall lawsuit. You probably have also experienced a few slip and fall accidents of your own, such as when venturing out to remove the ice from your driveway after a winter storm or by stepping on your child’s toy car on the living room floor when walking from your bedroom to the kitchen for a midnight snack. This only means that most slip and fall accidents do not warrant a lawsuit, but sometimes you need a lawyer to help you find a way to cover your financial losses; the lawyer might advise you to file a lawsuit or you might just need to negotiate more with an insurance company. For help recovering financially from your slip and fall accident, contact the slip and fall lawyers at Foster Wallace, LLC.

Slip and Fall Accidents at Home

Most slip and fall accidents take place at the home of the injured person. In fact, one-third of people will get injured in a fall at home at some point in their lives. The risk for in-home falls increases with age, and most people injured in slip and fall accidents at home are above age 55. Not wearing shoes more than doubles your risk of falling; the majority of people injured by falling at home were barefoot, or else were wearing socks or house slippers. Among elderly people, falls accounted for more than half of accidental deaths; for people over age 85, they were the leading cause of fatal injury resulting from accidents. Both sexes are equally represented among fatal slip and fall injuries, but more women experience non-fatal slip and fall injuries.

Slip and Fall Accidents in the Workplace

Customers and employees can be injured in these places. Additionally, many workers get injured when falling from ladders, forklifts, or other pieces of equipment. The following are some common injuries sustained in slip and fall accidents at places of business:

Slip and Fall Lawsuit Trials and Their Outcome

According to the Department of Justice, courts in the United States order defendants in premises liability cases to pay about four billion dollars to injured plaintiffs or their surviving family members. 6% of premises liability damages awards also involve punitive damages. 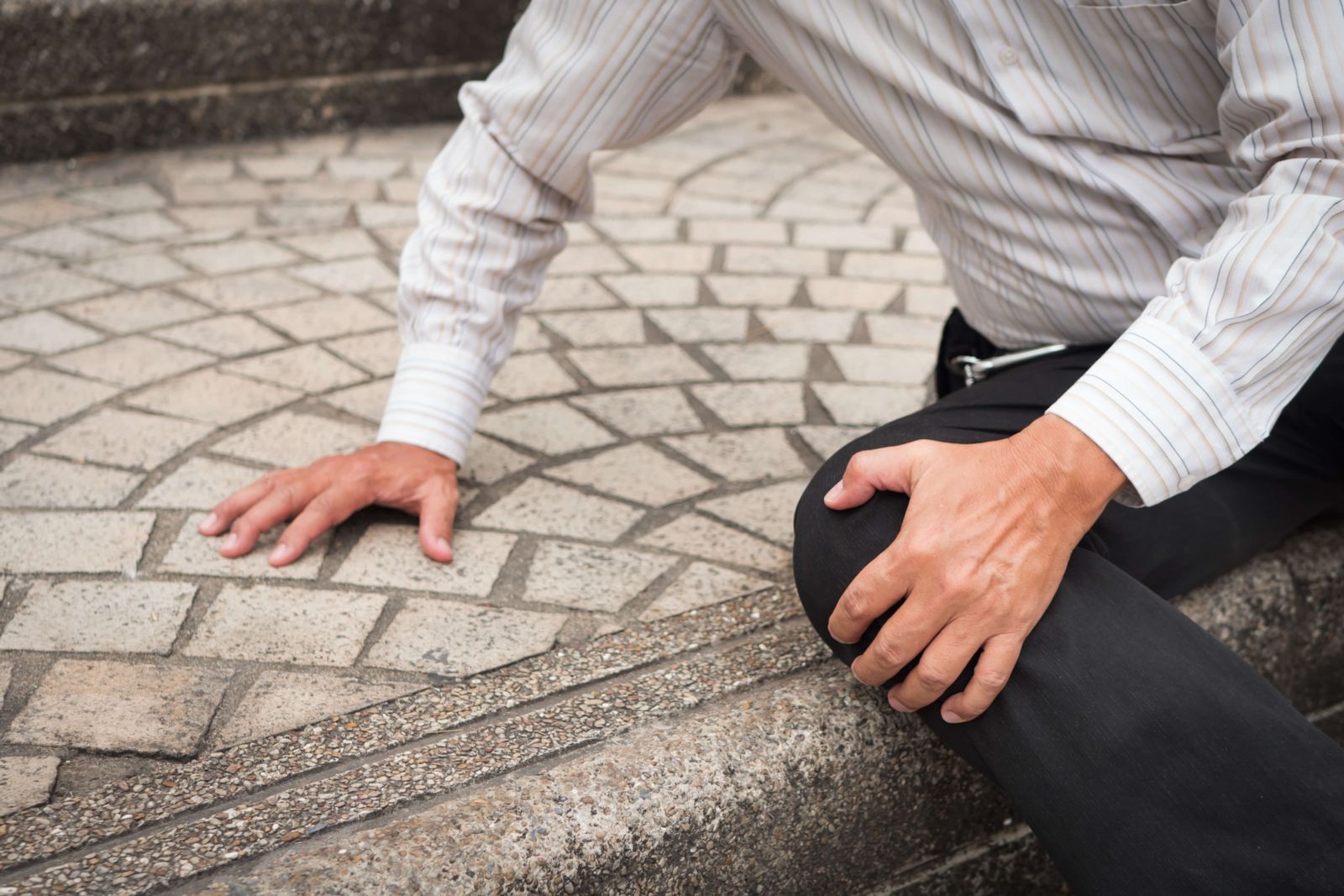 You have probably seen the old joke in cartoons (or, if you are really old, in newspaper comic strips) about someone slipping on a banana peel and getting hurt. It probably seems like a silly joke that has no connection whatsoever to premises liability law, but it is actually part of the story about how laws evolve to make us safer. In the 1850s, America’s major cities were becoming more populous and crowded, and the pace of life was getting faster, thanks to industrialization. The importation of bananas to the United States from Central America was also just beginning, and the fruits that we now take for granted in every supermarket produce section were a new fad. Public trash cans were few and far between, so the streets were littered with banana peels; one banana peel, discarded a few minutes ago, is not especially slippery, but hundreds of banana peels that have been turning slimy for weeks are a major hazard. The risk of injury from slipping on a banana peel was great enough that an 1880 Harper’s Weekly article warned that discarding a banana peel on the sidewalk was tantamount to breaking someone’s bones.

Sunday school teachers also warned students that the injuries a person suffered from a banana peel accident could render them unable to work, causing an entire family to suffer financially. In 1909, St. Louis passed a local law against improper disposal of banana peels. No one used the words “premises liability” when discussing the banana peel crisis as it was happening, but all the elements were there — slipping on a banana peel is a preventable accident, the injuries resulting from it can cause devastating financial losses, and it is the responsibility of the city (the premises owner) to prevent these accidents.

Have You Been Injured in a Slip and Fall in Kansas City?

If you've been injured in a Kansas City slip and fall you should speak with an experienced truck accident attorney as soon as possible. Contact us online or call our Kansas City office directly at 816.249.2101 to schedule your free consultation.