What Are the Most Recent Changes to the Federal Trucking Safety Regulations?

Every day, millions of motorists occupy the nation’s highways to drive to work, transit through town, or travel across country. Most of the vehicles on the road are cars and SUVs (sport utility vehicles). But every motor vehicle must share the road with “big rig” trucks or “18-wheelers.” In fact, according to the Bureau of Transportation Statistics for 2022, there are 13 million trucks operating in the United States. Almost 3 million of those are tractor trailers. And if you are like most drivers, you know that sharing the road with huge tractor trailers can be a harrowing and often dangerous experience. 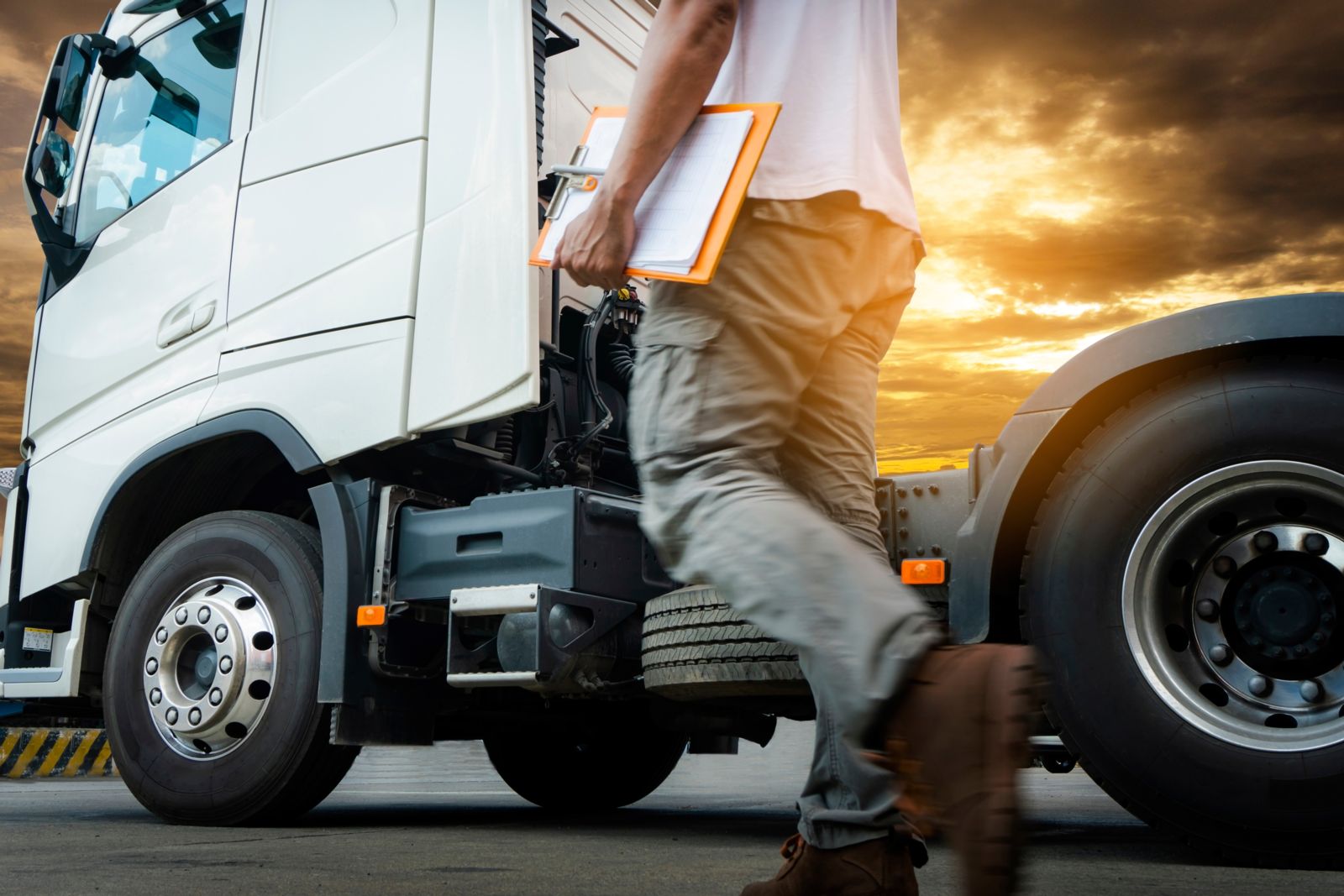 Although trucks pose more significant dangers on the road than cars because of their incredible size and weight, the federal government enforces an entire body of rules and regulations that all truck drivers must follow to ensure safety on the highway. The government agency responsible for overseeing the commercial trucking industry and enforcing safety rules for commercial truck drivers is the Federal Motor Carrier Safety Administration (FMCSA).

What is the FMCSA?

The FMCSA is the agency currently charged with regulating the safe operation of commercial vehicles. Congress established the FMCSA in 1999 in response to the unacceptable number and severity of crashes involving commercial motor vehicles at the time. Congress charged the FMCSA with creating rules and regulations to ensure that:

To accomplish these directives, the FMCSA maintains and enforces a host of rules.  Some of the most important rules affecting safety are the “hours-of-service” rules.

What Are the "Hours-of-Service" Rules?

The “hours-of-service” rules are regulations that basically limit a driver’s working hours and conditions to ensure safety. The hours-of-service rules impose three primary requirements on a driver, which include:

How Have the Hours-of-Service Rules Changed?

The original hours-of-service rules established in 1938 placed limitations on the following aspects of a driver’s work:

Under the original rules of 1938, time spent in a truck's sleeping berth did not count as “on-duty” time. The original hours-of-service rules also required drivers to keep a daily log of their on-duty hours and time behind the wheel.

In 1962, the Interstate Commerce Commission created specific exceptions from the record-keeping requirements for “short-haul” drivers. At the time, a short-haul driver was any regular employee who drove only within a radius of 50 miles of the garage or terminal at which they reported for work.

In 1980, the Commission imposed a 12-hour limit for on-duty hours. It also expanded the short-haul record-keeping exemption to a 100-mile driving radius. The exemption applied only if the driver returned to the location where he or she reported to work within 12 hours.

In 2003, the FMCSA implemented regulations for all trucks carrying property, which:

However, in 2004, a federal court revoked these rules, finding that the FMCSA failed to consider the impact of the rules on the health of drivers.

As a result, in 2005, the FMCSA issued a new rule for drivers of commercial vehicles that carried property. The new rule:

The 2005 rule also created a new exemption for short-haul drivers of property-carrying vehicles that do not require a commercial driver's license. It provided that if the drivers operate within a 150-mile radius, they are exempt from the record-keeping requirement. It further allowed a 16-hour driving window twice a week if the driver experienced “unusual scheduling demands.”

In 2007, a federal court vacated portions of the 2005 Rule, including the 11-hour daily driving limit, because the FMCSA failed to follow proper administrative procedures in creating the rule and failed to explain its reasoning for the rule.

In 2011, the FMCSA created a rule that again increased the daily driving limit to 11 hours. However, the rule also prohibited driving unless the operator had taken a 30-minute break from all work within the previous 8 hours. This new 30–minute off-duty break requirement applied to both long- and short-haul truckers.

In 2013, a federal court approved most of the 2011 rule but vacated the 30-minute break requirement for short-haul drivers, finding that the FMCSA failed to justify applying the rule to these drivers. In its decision, the court found that “off-duty” breaks provided the greatest benefit to safety.

In 2012, Congress required the FMCSA to promulgate a rule requiring all commercial motor vehicle drivers to use electronic logging devices to improve compliance with the hours of service regulations. The FMCSA finally issued that rule in 2015 but exempted short-haul drivers from this requirement.

On June 1, 2020, the FMCSA revised four provisions of the hours-of-service regulations to provide greater flexibility for drivers, arguably without adversely affecting safety. These changes became effective for drivers on September 29, 2020, and include the following:

The 2020 changes to the rules expanded the short-haul record-keeping exemption in two ways:

Adverse driving conditions may not include:

Under the 2020 rule changes, drivers may extend the length of their on-duty limit and their driving time by up to 2 hours when they encounter adverse driving conditions. This extension applies to:

The driver may adopt any combination of these qualifications as long as they add up to 30 consecutive minutes of non-driving.

The 2020 final rules also modified the requirement that drivers take a minimum of 10 consecutive hours off duty by allowing drivers to split that period into two parts. This can be done as long as:

The combination of these periods must total at least 10 hours, and neither qualifying period counts against the required 14-hour driving window.

The purpose of the 2020 rule changes was to provide more flexibility to drivers and carriers to meet the demands of the market without jeopardizing safety and the health of the drivers.

What are the Effects of the Most Recent Changes to the Hours-of-Service Rule?

As occurred in previous years following changes to the hours-of-service rules, certain groups did not approve of the new rules. Following the 2020 rule changes, the labor union representing truck drivers (the International Brotherhood of Teamsters) and several national nonprofit organizations (Advocates for Highway and Auto Safety, Citizens for Reliable and Safe Highways, and Parents Against Tired Truckers) collectively argued in court that the FMCSA failed to adequately explain how the new rules provide more flexibility for drivers and carriers without:

However, on July 26, 2022, a federal court concluded that the FMCSA adequately explained the basis for its 2020 amendments and sufficiently grounded its support in the administrative record. The court denied the petition to invalidate the new rules.

If the Court Approved the Most Recent Changes to the Hours-of-Service Rules, Why Do I Need a Truck Accident Attorney?

If you have been involved in an accident involving an 18-wheeler or other commercial motor vehicle, call the Kansas City truck accident attorneys at Foster Wallace, LLC. As you can see from this article, the trucking industry is a highly regulated space with extremely detailed rules and requirements that truck drivers and commercial carriers must follow.

Although a federal court has approved the most recent changes to the hours-of-service rules, the rules are often broken.  Many truck drivers exceed the maximum driving hours and ignore mandatory requirements to take breaks from driving and other work-related duties in an effort to meet the increasingly demanding requirements of the industry. To provide more flexibility to drivers, the FMCSA has once again relaxed the rules that were designed to keep the roads safe.

If you have been in a truck accident, you need an experienced truck accident attorney who understands the complex safety rules that apply within the industry. Call the Kansas City, Missouri personal injury attorneys at Foster Wallace, LLC, at 816-249-2101 for a free initial consultation to discuss your case. You may have a right to compensation for your resulting damages and injuries.

Have You Been Injured in a Kansas City Truck Accident?

If you've been injured in a Kansas City truck accident you should speak with an experienced truck accident attorney as soon as possible. Contact us online or call our Kansas City office directly at 816.249.2101 to schedule your free consultation.