What Is the Punishment for Leaving the Scene of an Accident in Missouri?

According to the most recent research published by the AAA Foundation for Traffic Safety—“Hit-and-Run Crashes: Prevalence, Contributing Factors, and Countermeasures,” in 2015, there were more than 737,000 hit-and-run accidents in the United States. These crashes resulted in more than 2,000 fatalities, 60% of which were pedestrians. Hit-and-run crashes account for 11% of all vehicle accidents and 20% of all pedestrian fatalities. In some highly-populated cities, this figure can reach as high as 40%. And research shows that the rates for hit-and-run accidents and resulting fatalities continue to increase by about 7.2% every year. 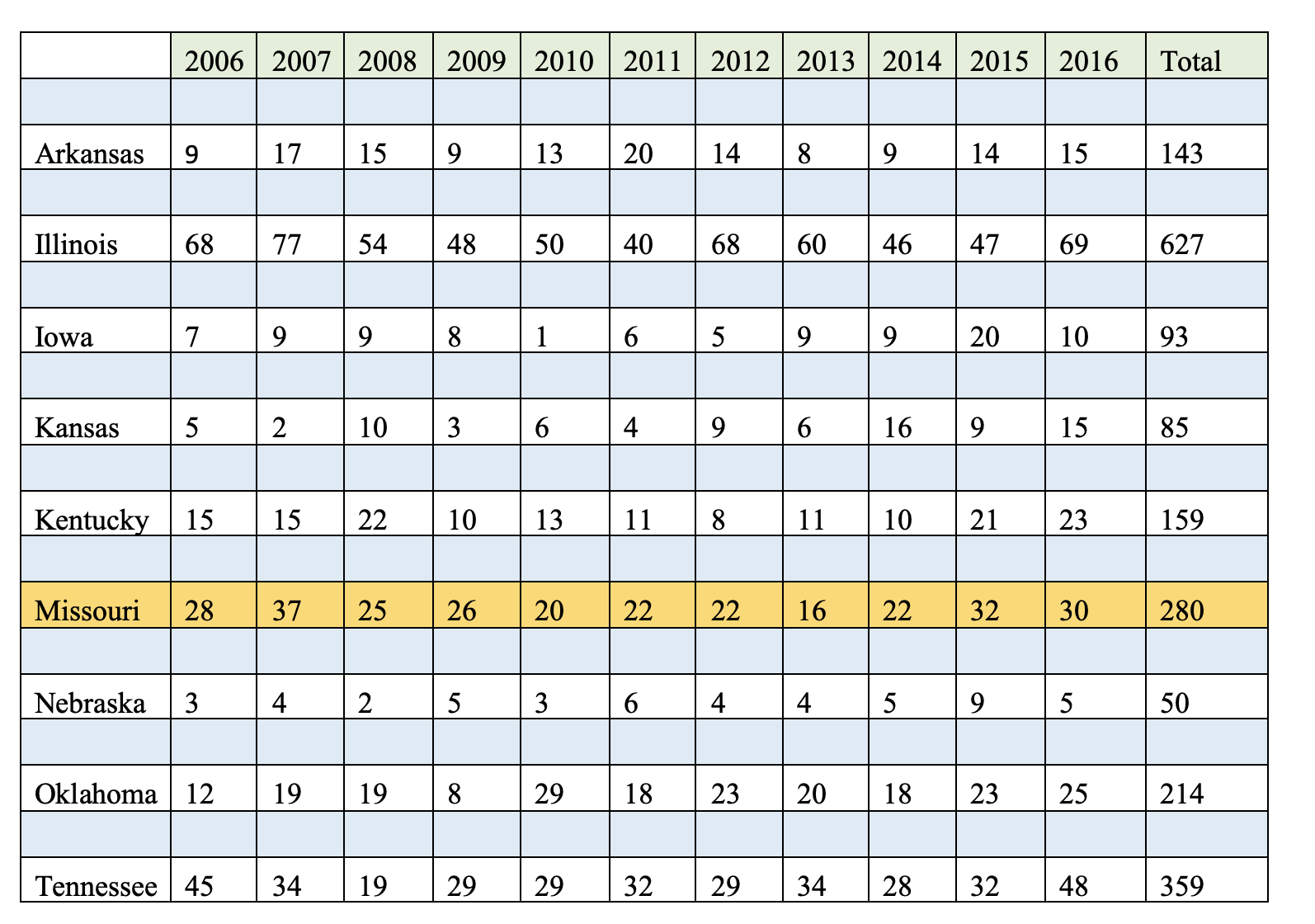 If you have been the victim of a hit-a-and-run accident, it is not too late to pursue the driver who is responsible for your injuries and receive the compensation you deserve.

Likewise, if you were involved in an accident and left the scene without providing the appropriate information to the other driver or to law enforcement, you can still make amends. Everyone makes mistakes. Even if you only think you may have hit a pedestrian late at night or backed into someone’s car in a parking lot, you should call the experienced hit-and-run car accident attorneys at Foster Wallace, LLC. We will help you take the proper steps to determine what may have happened and to resolve your situation before it gets worse. If you accidentally injured someone or damaged someone’s property and left the scene, we will help you to account for your accident and make fair compensation. It is never too late to do the right thing.

What is a Hit-and-Run?

In Missouri, a person commits the crime of “leaving the scene of an accident” when they operate a vehicle and are involved in an accident that results in:

and leaves the scene of the accident without giving the following information to the other party or to a police officer:

What Factors Contribute to the High Rate of Hit-and-Run Accidents?

According to a Research Brief published by the AAA Foundation for Traffic Safety, there are three primary factors that contribute to hit-and-run accidents:

The age of the victim also contributes to whether the hit-and-run driver will be identified. Studies show that a driver who flees the scene is likely to be identified later:

Although weather conditions may contribute to poor visibility, they also tend to minimize the volume of pedestrians and, therefore, don’t significantly increase the likelihood of hit-and-run accidents. Additionally, if a driver feels that the accident was caused by the weather conditions and not their own negligence, they may be more likely to remain at the scene since they do not feel that they were at fault for causing the accident.

Why Would a Driver Leave the Scene of an Accident?

Numerous studies show that in the United States, about half of all hit-and-run drivers are eventually identified. So why do so many drivers decide to flee the scene of an accident? There are many reasons:

Here are some other common reasons hit-and-run drivers offered for why they left the scene of the accident or failed to report the accident:

What is the Penalty for Leaving the Scene of the Accident?

In Missouri, leaving the scene of an accident is a “class A misdemeanor,” which carries a penalty of up to one year in jail and/or a fine of up to $2,000.

The offense may increase to a “class E felony,” which carries a penalty of up to 4 years in jail and/or a fine of up to $10,000, if the accident involved:

If a death occurred in the hit-and-run accident, the offense is classified as a “class D felony,” which carries a penalty of up to 7 years in jail and/or a fine of up to $10,000.

What Should I Do if I was Involved in a Hit-and-Run Accident?

You have been involved in a hit-and-run accident if:

If any of these describe an accident that you were involved in, you should call the attorneys at Foster Wallace, LLC, right away. If you are the victim of a hit-and-run and have been injured or suffered property damage, the attorneys at Foster Wallace, LLC, will help you to identify the driver and recover the full compensation that you deserve for your injuries and damages. Likewise, if you left the scene of an accident without exchanging information or reporting the accident—even if you were not at fault for the accident—you will need help with the criminal and civil issues that you are likely going to face. Call Foster Wallace, LLC, today at (816) 249-2101. It is never too late to do the right thing.