What Can You Recover for a Bicycle Accident You Were Involved In? 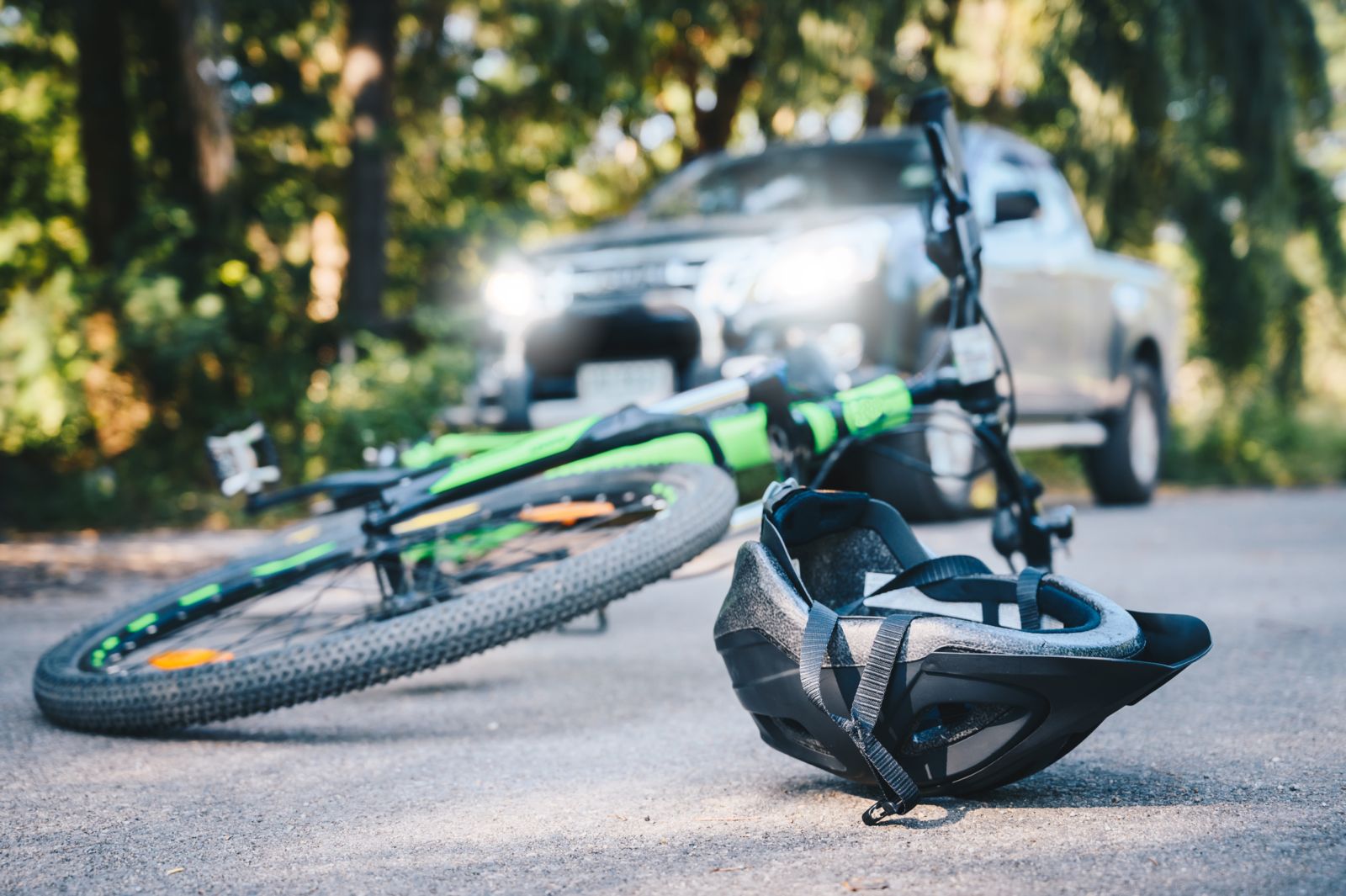 What Are the Most Recent Bicycle Accident Statistics?

More than 130,000 people are injured, and about 1,000 people are killed, in bicycle accidents every year in the United States.  According to the National Highway Traffic Safety Administration (NHTSA), 932 bicyclists were killed in motor-vehicle traffic crashes in 2020—an 8.9% increase from 856 in 2019.  Mortality data collected by the National Center for Health Statistics (NCHS) reveals even higher statistics, reporting that 1,260 bicyclist deaths occurred in 2020, 806 of which occurred in motor-vehicle crashes and 454 of which occurred in other accidents. This is a 16% increase from 2019 and a 44% increase since 2010, when bicyclist fatalities were at their lowest point. According to data released by the U.S. Department of Transportation's Fatality Analysis Reporting System (FARS), although bicyclist deaths have decreased 7% since 1975, they have increased 50% since 2010.

The most significant difference in bicycle accident fatalities over these years has been between males and females.  In bicycle accidents involving motor vehicles, there have been more males killed than females every year since 1975. Between 1975 and 2020, males accounted for 89% of all bicyclist deaths. This is more than eight times the fatalities for females.

Statistics for bicyclist injuries are equally staggering. Although the number of nonfatal injuries for bicyclists declined 39% between 2011 and 2020 (from 536,412 in 2011 to 325,173 in 2020), there was a 5% increase in bicycle-accident injuries in 2020.  According to the Consumer Product Safety Commission, there were 425,910 bicyclists treated for injuries in hospital emergency rooms in 2020. Adolescents, teens, and young adults have the highest rates of bicycle-related injuries treated in emergency rooms, with bicyclists between the ages of 10 and 24 accounting for nearly one-third of those. Male bicyclists have injury rates 5 times higher than females.

What Are Some Risk Factors for Bicycle Accident Injuries and Fatalities? 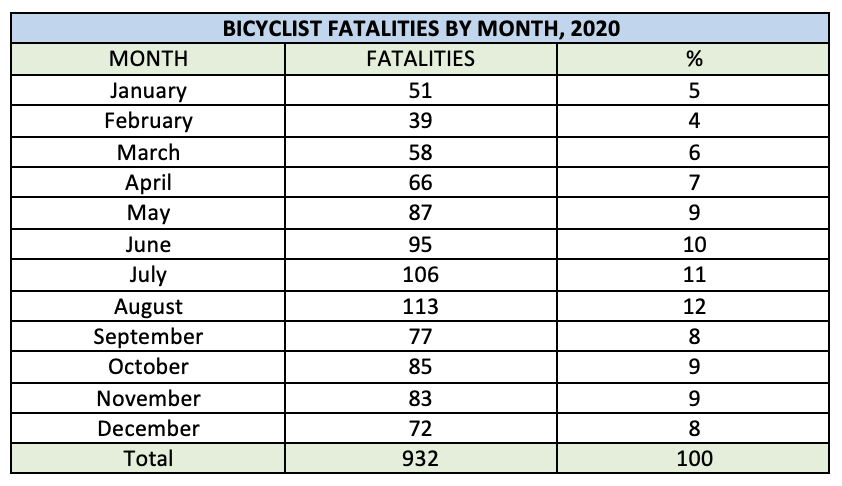 Here are some other 2020 statistics indicating increased risk factors for bicycle injuries and fatalities:

Is Helmet Use a Significant Factor in Bicycle Accident Fatalities?

Most bicyclist deaths involve serious head injury.  In fact, according to the IIHS, 57% of bicyclists killed in 2020 were not wearing helmets. Research from as early as 2001 reveals that bicycle helmets reduce the risk of head injury by 60% and brain injury by 58%, according to the National Safety Council (NSC). Nevertheless, only 22 states and the District of Columbia had bicycle helmet-use laws as of March 2022.

As a result, bicycle injuries and fatalities take a heavy financial toll. According to the CDC, costs associated with bicycle accidents, including health care costs, lost productivity at work, and loss of life or quality of life, exceeds $23 billion each year in the United States.

What Costs Can You Recover If You Were Involved in a Bicycle Accident?

If you were involved in a bicycle accident that was caused by the negligence of someone else, you may be entitled to recover for any expenses you incurred, or will incur, as a result of the accident. Damages resulting from a bicycle accident can vary from minor property damage to major medical expenses resulting from any injuries you may have sustained. Specifically, you may be entitled to recover for:

All of the costs and expenses associated with these damages are recoverable.

To recover for any of these damages, you must show:

To show this, you will need an experienced bicycle accident attorney like those at Foster Wallace, LLC. The Kansas City personal injury attorneys at Foster Wallace, LLC, will assist you to evaluate the cause of your accident and determine who was at fault. They will establish the value of your damages and make sure you receive the maximum compensation for your injuries, which can be substantial, depending on the nature and extent of your accident.