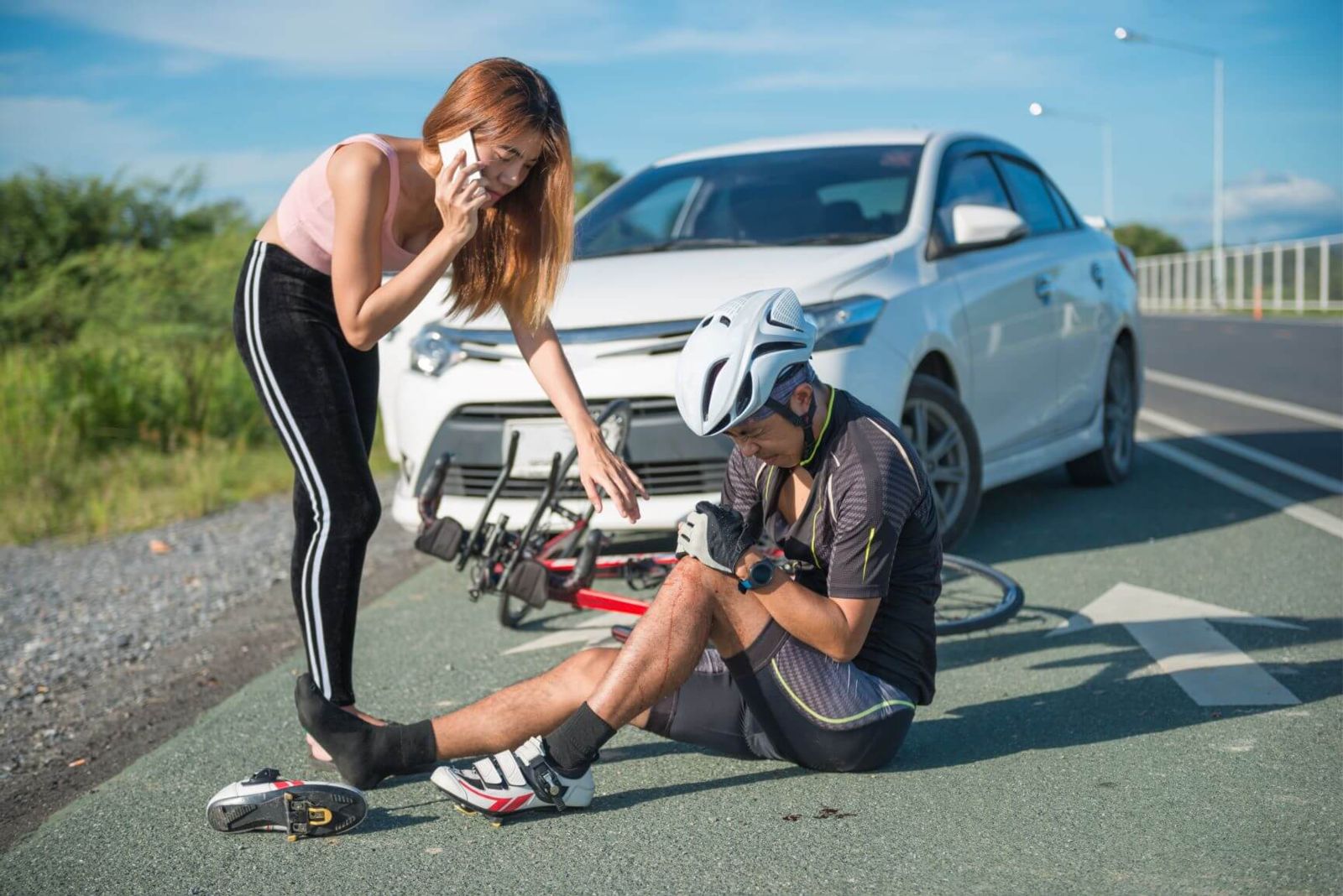 More and more Americans are bicycling—to work, for exercise, and for relaxation. Bicycling itself is not a particularly dangerous activity. However, as more and more Americans bicycle on the roadway, the number of bicycle accident fatalities increases. According to the World Health Organization (WHO), there are about 1.2 million fatalities in traffic accidents on the road every year around the world. About half of those fatalities are persons who were not traveling in a vehicle but, rather, were bicyclists, pedestrians, or other riders of two-wheelers.

According to the National Highway Traffic Safety Administration (NHTSA), of all bicyclists who are injured while riding, 30% are those who are struck by a car. However, a significant percentage of bicycle accidents can be avoided if drivers just paid more attention and followed the rules of the road.

Here are some of the most common causes of accidents involving motor vehicles and bicycles:

A recent study found that the greatest danger to bicyclists is distracted drivers. Despite the fact that nearly every state prohibits texting and driving, the study revealed that, just on the way home from work:

According to the NHTSA, drivers are 3 times more likely to be involved in a crash when dialing a number on their phone and 23 times more likely to cause an accident when texting. The Centers for Disease Control (CDC) reports that every day, there are 1,161 people injured and 8 people killed because of distracted drivers.

Bicyclists are just as much in danger from distracted drivers as are other vehicle drivers on the road.

Newer and more sophisticated technology has become standard in today’s cars. Drivers are using more and more electronic and hands-free gadgets than ever before. Likewise, bicyclists are also using hands-free devices or wearing headphones while riding. These can be a distraction for riders as well, causing riders to swerve into traffic or across intersections with oncoming traffic.

Most drivers do not know that bicyclists are treated as another vehicle on the road in terms of the right of way. Failure to yield at intersections or when overtaking a bicyclist on the road is another common cause of vehicle-bicycle collisions.

According to the Pedestrian and Bicycle Information Center (PBIC), the most common occurrence for a vehicle-bicycle collision is when a vehicle makes a left turn and strikes an oncoming bicyclists in the opposite lane. This occurs in almost half of all bicycle accidents. Often this is because the bicyclist is riding on the sidewalk, where drivers are not focusing when looking for oncoming traffic.

Another common occurrence is when a vehicle overtakes a bicyclist on the left and then makes a right turn in front of the bicyclist. This usually occurs when the driver fails to use their turn signal.

According to the NHTSA, 13% of all bicycle-accident injuries are caused by poor road conditions or bicycle lanes that are kept in disrepair. These can cause bicyclists to swerve or fall into traffic or for vehicles to strike bicyclists when avoiding dangerous conditions on the road.

5. Inability to see riders at night.

More than 50% of all bicycle accidents occur after dark, when bicyclists are difficult to see, especially if they are not wearing reflective gear. By the time a driver sees a bicyclist at night, it is often too late to stop in time to avoid a collision.

Many vehicle-bicycle accidents occur when a vehicle is exiting a parking garage or alley and strikes a bicyclist riding on the sidewalk. This is another reason for cyclists to ride on the road if possible. This is also a common occurrence in vehicle-pedestrian accidents.

Just as rear-end collisions are a common type of collision between two cars, they also occur by a vehicle rear-ending a cyclist. This is the most common way for drunk drivers to strike bicyclists.

As in most accident situations, the driver who strikes another vehicle from behind is usually at fault—often for not paying attention and stopping in time to avoid hitting a stopped vehicle in front of them. However, this can also happen when the vehicle stopped in front does not have working brake lights to indicate to the driver behind that they are slowing down or stopping. Likewise with bicycles. When cyclists slow down or come to a stop at an intersection, if the cyclist does not have rear reflectors or brake lights, especially at night, a driver in back may not be able to judge the rate of deceleration and may rear-end the slowing cyclist.