Who is usually at fault in a rear-end accident? 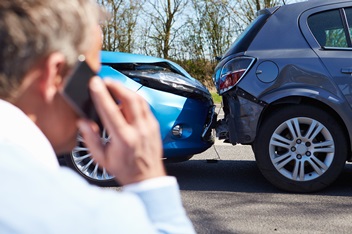 Rear-end collisions are a very common type of car accident in Kansas and Missouri that can cause victims to suffer serious injuries, such as whiplash, traumatic brain injury, and back and spinal injuries. In most cases, the driver in the rear will be presumed to be the negligent party responsible for compensating the victims, but there are a few exceptions to this rule.

How Liability Is Determined in a Rear-End Car Accident

In Kansas and Missouri, all drivers are required to maintain a safe distance behind the vehicle in front of them so that they are prepared if the driver slows down or stops suddenly. In a rear-end collision, it is often assumed that the motorist in the rear breached this duty and was at fault in causing the accident. In many cases, the insurance company for the driver who rear-ended another vehicle will not even dispute his liability.

Missouri recognizes a special theory of liability in these cases, known as the rear-end collision doctrine. This theory is usually available to the driver or passenger in the car who was struck from behind. Under this doctrine, these injured victims do not need to prove a specific act of negligence by the driver. Instead, they only need to prove that:

However, the rear-end collision doctrine may not apply in certain situations, such when a rear-end crash causes a chain reaction accident. In this scenario, the victim in the vehicle in front is hit by the vehicle in the middle that is propelled forward when it is rear-ended. In chain reaction cases, a victim in the first vehicle cannot assert the rear-end collision doctrine against the middle driver.

While the driver in the rear will usually be to blame in a rear-end crash, there are exceptions to this rule. The motorist who was rear-ended may be responsible in the following situations:

When there were road defects that caused the wreck, neither driver may be responsible for the accident. In this case, the agency responsible for maintaining the road may be liable.

If you were injured in a rear-end collision caused by a negligent driver, you might be entitled to compensation for your medical expenses, lost wages, and pain and suffering. Our experienced car accident attorneys are here to fight so that you receive the settlement you deserve. We handle these cases on a contingency fee basis, which means that you only owe us attorney fees after we win your case. To learn more, contact our Kansas City office to schedule a free case evaluation.