If you have a son or daughter who is almost old enough to take driver’s education and get a driver’s license, you are probably researching which car safety features are the most reliable for your child’s first car. In fact, there is no safety feature that has the power to prevent all types of injuries in all types of accidents. Driving has progressively become safer since the invention of the automobile, partly because of safety features, and partly because of better roads and more detailed traffic safety laws.

When a new feature in a car is especially effective at reducing the severity of injuries that occur as a result of a car accident, car manufacturers hasten to add that feature to all their models. Some features that are now legally required to be included in all cars were once considered fancy safety features only found in the most expensive automobiles. We take them for granted, even though cars would be much more dangerous without them. Despite the array of safety features available in today’s cars, car accidents remain one of the leading causes of serious injury, and the car accident lawyers at Foster Wallace, LLC can help you recover compensation if you have been injured.

The Safest Safety Features in Your Car 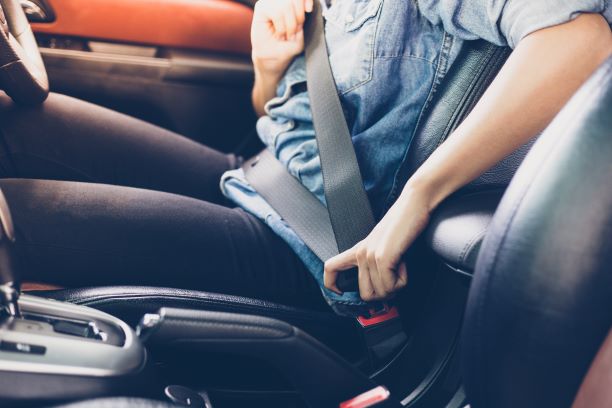 Seat belts have probably prevented more car accident fatalities than any other feature of cars; the fatality rate in car accidents was alarmingly high before seat belts became a standard feature. The invention of the seat belt actually predates the invention of the automobile. The British engineer George Cayley invented the first seat belt in 1849 and used it in his glider, a forerunner of the airplane. In 1966, the United States federal government created the National Highway Traffic Safety Administration (“NHTSA”), and one of its first actions was to make seat belts mandatory in automobiles. Today, most front and rear seat belts have both a lap belt and a shoulder harness. In the late 1980s, some models of cars had shoulder harnesses that automatically engaged, but this feature was soon discontinued, since it led to drivers forgetting or choosing not to fasten their lap belts, which are more effective at protecting people from injury. According to the NHTSA, of 37,133 people killed in motor vehicle crashes in 2017, 47% were not wearing seat belts. Further, in 2017 alone, seat belts saved an estimated 14,955 lives and could have saved an additional 2,549 people if they had been wearing seat belts.

Windshields and windows made of shatter-resistant glass are also now standard in cars. The glass is laminated in a material that protects the glass from breaking into sharp shards that can cause serious injuries to riders if the windshield or window breaks. When something hits the shatter-resistant glass hard enough to break it, it instead breaks into tiny pellets that do not have sharp edges.

You probably take car bumpers for granted and do not think of them as a safety feature, but there was a time when cars did not have bumpers, and in those days, cars were much less safe than they are today. Even a minor bump could cause major damage to the body of the car and injure the passengers. If you have ever gotten into a fender bender and laughed it off, you have your car’s bumpers to thank for that.

This is an obvious one. How dangerous would it be to drive without mirrors? We see a lot of cases of the driver at-fault claiming they did not see the other party from his or her mirrors. If you can demonstrate that the driver could have seen you if the side mirrors and rear view mirror were positioned properly, then the driver can be found at fault for the accident. Imagine how hard it would be to drive if your car did not have mirrors.

Airbags, which inflate when an electronic sensor signals that there has been a collision, can cushion the impact and prevent serious injury, even stopping the driver or passenger from making contact with the windshield or steering wheel. In 1988, when Chrysler included airbags in all their vehicle models, the public regarded them as a fancy fad, but they were ahead of their time. Over time, car manufacturers have refined their ideas about where to place the airbags to provide maximum protection without causing additional dangers. The ubiquity of airbags is one of the main reasons that all states have laws about a minimum age or height at which children can ride in the front seat and why infants and toddlers must ride in rear-facing safety seats. According to the NHTSA, frontal airbags saved 25,782 lives between 1987 and 2008.

In the past few years, new models of cars have included standard or optional features that alert drivers of the risks of an impending crash, so that the driver can react in time to avoid the collision. None of these have become universal in cars thus far, but some of them are very popular. A study by the Highway Loss Data Institute determined that automatic emergency braking, forward collision warning, and adaptive cruise control were effective at preventing accidents and injuries, but lane centering technologies and front cross-traffic alerts were not effective.

When Safety Features Do Not Keep You Safe

No car, no matter how well-designed, is completely accident proof. The risk of getting seriously injured in a car accident is very real. If your injuries are worsened because of a feature of the car, you might have grounds for a product liability lawsuit against the car manufacturer. Even if the cars did everything right but still could not prevent your injuries, the remedy of a lawsuit against the driver who caused the accident is still available to you.