If you or a family member was bit by someone else’s dog in Raytown, Missouri, it is a good idea to get a personal injury lawyer involved quickly after the incident to gather evidence, make sure you or your family member gets the immediate medical treatment that they need, and put the dog owner’s insurance company (usually homeowners insurance covers these claims) on notice of your claim. Once you hire a dog bite lawyer, the insurance company cannot talk to you anymore and has to go through your lawyer to communicate about the dog bite incident. We at Foster Wallace, LLC have the requisite experience to assist you with your claim and make sure that you or your family member are compensated fairly for what was definitely a traumatic event by being bit by a dog. There is a good chance that the dog’s owner is also charged criminally for the dog bite. The City of Raytown, Missouri has a Code of Ordinances that discusses criminal liability for dog bites.

Chapter 6 of Raytown’s Code covers animal attacks. Section 6-203 encourages victims of animal bites, claws, or scratches to report the incident to Raytown. Once that is done, the city of Raytown will draft and file an official report. Section 6-204 states that it is unlawful for any person owning, keeping, or harboring any animal to permit, suffer or allow said animal to cause an injury, bite or scratch, or claw any person. In the event any animal does injure someone, the animal must be immediately taken to a veterinarian for observation for a period of not less than ten days and kept in the custody of the department of development and public affairs. The owner, harborer, or keeper of the animal is responsible for any and all associated fees or costs. If the animal does not manifest evidence of hydrophobia or rabies or other diseases communicable to a human, the animal may then be picked up by the owner upon payment of fees. See section 6-205. According to Section 6-67, it is unlawful in Raytown to keep or harbor an animal on public or private property that causes a person fear of injury. This section states that “animals while being walked on a leash and the unprovoked attack by an animal on a leash upon any person shall constitute an assault by the person holding the leash and failing to prevent the unprovoked attack by such animal.” 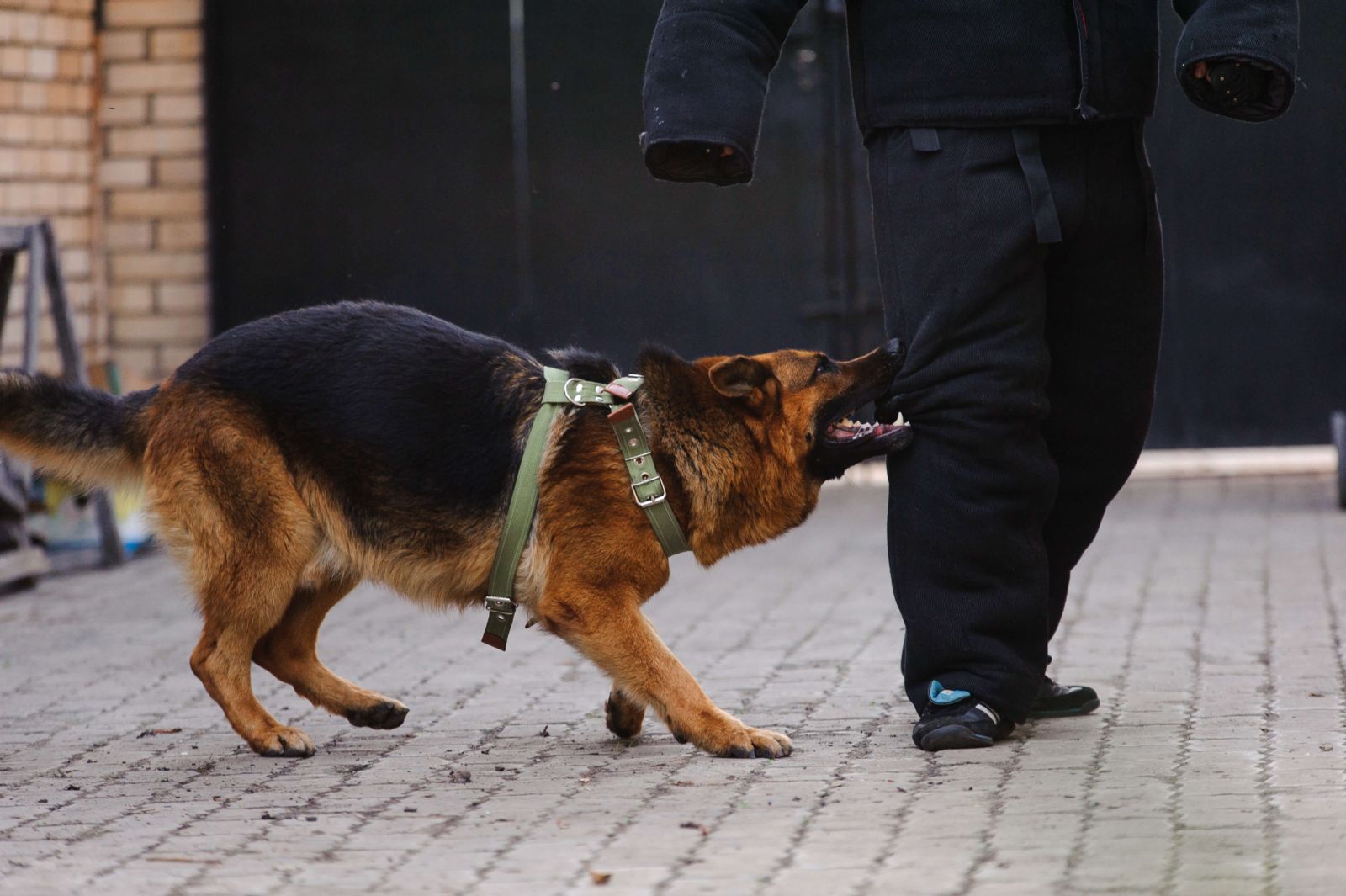 Raytown’s Code also defines what a dangerous dog is. According to Section 6-227: “Dangerous dog means any dog that without justification attacks a person or domestic animal causing physical injury or death, or behaves in a manner that a reasonable person would believe poses an unjustified imminent threat of serious injury or death to one or more persons or domestic animals.” A dog may not be declared dangerous:

According to section 6-228, if a dog began to attack a person that was peaceably conducting himself or herself, that person, for the purpose of preventing imminent injury or further injury, may use such force as is required to stop the attack. The same goes for any animal control officer, code enforcement officer, or police officer. Further, in Raytown, any person may make a complaint of an alleged dangerous dog to animal control, a code enforcement officer, or police officer. If the director then determines there is probable cause to believe the dog is dangerous, the dog shall be seized and held pending an administrative determination. A hearing is then held on the complaint before a hearing officer. If the dog is determined to be dangerous, the owner must purchase liability insurance of not less than $100,000 per person and $300,000 per occurrence. Further, the dog owner has to put signs up at their house or apartment warning about the dangerous dog, the dog must be microchipped, the dog must be spayed or neutere, and the dog at all times must wear a fluorescent orange collar, amongst other requirements (see 6-229). A final decision of the hearing officer may be appealed to Raytown’s Municipal Court.